Being a successful business leader takes a lot of self-discipline, determination, and hard work. One needs patience, perseverance, and persistence to be a good business leader. To be an eﬀective leader one needs to have vision and goal-oriented approach to make a diﬀerence in the industry. Rob Leslie is one such visionary and goal-oriented business leader. He is the CEO and Founder of Sedicii. Rob Leslie’s vision for Sedicii is to make technology a safer, more eﬃcient, and risk-free place for everyone who uses the internet. In tandem, through the global federated identity platform businesses can be more cost eﬀective, respected and trusted using Sedicii’s services. Rob did not set out to be a serial entrepreneur or an innovator – it happened organically for him.

As a child growing-up Rob wanted to be an engineer or a pilot. He chose the former route and graduated as an Electronic Engineer in the early 1980s from Dublin City University (DCU), Ireland.  Following graduation, he moved to Japan where he worked for 20 years, ﬁrstly with established Japanese companies and subsequently became part of the initial management team to launch Dell into the Japanese market and as part of the team grew the business in its ﬁrst four years from zero to 300 employees and a turnover of $300m.

Then Rob’s real entrepreneurial journey began as a Partner in PTS Japan. After ﬁve years, having achieved a valuation of $33m at exit, he returned to Ireland. In 2007, he cofounded Kyckr (ASX:KYK) now listed on the Australian Stock Exchange. In 2013, while still working at Kyckr, he founded Sedicii and remained in dual roles until 2016 when he relinquished his role at Kyckr and moved to concentrate all his energies with Sedicii. Using a novel cryptographic protocol known as a zero-knowledge proof (ZKP), Sedicii is creating the Kriptan Network to facilitate the veriﬁcation of identity data without the need to expose the underlying data, thereby protecting the privacy of the person.

Sedicii is building a global federated identity platform that has strong privacy features at its core. It is being deployed by Governments, ﬁnancial institutions, telcos, and national utility service providers to verify, in real-time, a person’s identity without either party divulging their information to the other party, and while being GDPR compliant. This is achieved using Sedicii’s patented Zero Knowledge Proof (ZKP) protocol which is at the heart of its KYC, KYB and AML services.

Sedicii has won multiple industry awards for its Zero Knowledge Proof (ZKP) technology, most notably its recognition from The World Economic Forum as a Technology Pioneer. Using Sedicii’s services, customers and service providers receive transaction information in real-time which makes organizations more eﬃcient, cost effective, reliable and decreases the threat of fraud, theft, misappropriation, and impersonation and heightens conﬁdence in the service providers.

There are several business leaders who are on Rob’s bucket list to meet. Barack Obama the 44th President of the United States is one. Obama’s charismatic leadership skills and “can do” no nonsense attitude to life, building trust and problem solving are very appealing to Rob. Having spent 20 years in Japan another person that Rob greatly admires and draws inspiration from his book “Made in Japan” is Sony Corporation’s founder Akio Morita.   Morita’s words ring true to Rob when he said: “I then realized that having a unique technology and being able to make unique products / services are not enough to keep a business going. You have to sell the product / service and to do that you have to show the potential buyer the real value of what you are selling”, for all Rob’s six start-up businesses but especially Sedicii with its state-of-the art ZKP component.

The truth is Rob does not – or certainly didn’t – have a good work life balance prior to Covid 19. Pre 2020, he probably travelled 40 weeks of the year. However, with the restrictions he has found a better balance and when he can, he plays tennis and enjoys walking. In a perverse way, his work – life balance is better since March 2020 than it was for many years. In his defence, being an entrepreneur and running a start-up business means that you have people dependent on you for their livelihoods and this is a responsibility, which Rob takes extremely seriously. Certainly, the past 12 months have made him realize that when success happens you need to take the time to enjoy it.

Benjamin Franklin said, “By failing to prepare you are preparing to fail”. In Rob’s experience this is certainly true when starting up a new business venture. Research and preparation are paramount before one starts a new business thereby giving the enterprise a better chance in succeeding.  So, Rob would advise anyone with a good business idea to do a lot of research before commencing; have a good – but realistic – business plan.  Initially, it may be a one-person business, so Rob suggests to not be afraid to ask for help. He advises to seek out a trusted mentor and other entrepreneurs in one’s sector and learn from their challenges. He suggests using one’s resources wisely.  He advises to reﬁne one’s plan as business grows, revisit one’s ﬁnances, hire help for the best return at a given stage in one’s business. He asks to expect and take setbacks as challenges to improve and ﬁne-tune one’s product or service.  And most importantly, when success happens, he advises to take the time to review and enjoy the fruits of one’s hard work.

Minding the Welfare of Stakeholders

Currently, Sedicii is a multi-locational company of 14 employees based in Ireland, Belgium, Canary Islands and United Kingdom. Its headquarters are in Waterford Ireland with development and ﬁnance at base, innovation and strategy is located in the U.K. and software development is divided between Belgium and Tenerife in the Canary Islands. Being a diverse group, the welfare of its employees is paramount in these Covid-19 pandemic times.  So, looking after staﬀ, continuing to ﬁnd Governments, national agencies, and ﬁnancial institutions to join its federated network are its important objectives. Other objectives of Sedicii are: Growing the company to scale and of course rewarding its investors for their belief in what the company is achieving and making the BBVA Fintech Awards prediction by the former Head of Open Innovation, Marisol Menendez, the reality of “Sedicii being the start up with the greatest potential to transform the ﬁnancial sector in the next 10 years.” 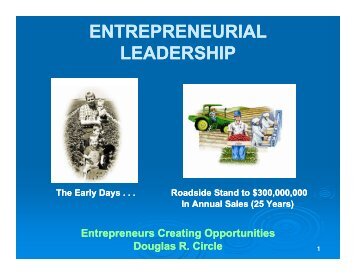